Information overload. Giddy anticipation. Handshakes by the dozens. Overwhelming intimidation. Sidesplitting laughter. The acceptance of a serious (and seriously cool) mission. These are a few of the experiences I’ve racked up in my first week at Movista.

I began the adventure of fitting into my new role as Marketing Coordinator for Trade Events on Monday. By Friday, I had surprised myself, and I was actually fitting in to my new role. Somewhere in between digging into monstrous spreadsheets and being comforted by countless “Saturday Night Live” references, I started to feel right at home. Full disclosure: the fully-stocked kitchens and exceedingly kind accommodations didn’t hurt, either. 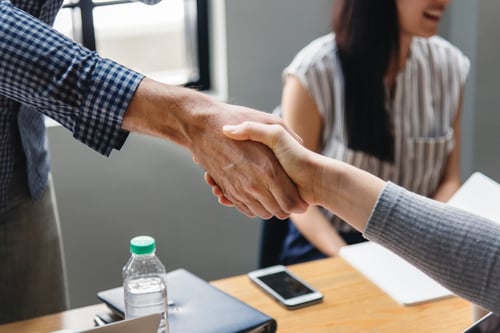 In my first week here, I’ve gained only a glimpse of what my co-workers and bosses do each day in the pursuit of excellence. But that glimpse has been enough to get me incredibly excited about what’s to come in the weeks ahead!