Direct store delivery can have many benefits—both for manufacturers/suppliers and their retailers—but it also has limitations.

Let’s take a look at the pros and cons of this alternative distribution strategy (and why it exists in the first place).

The Pros of Direct Store Delivery 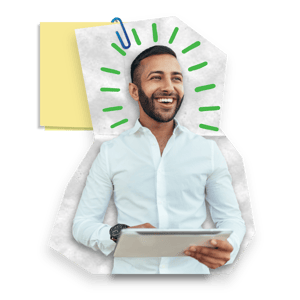 Perhaps the most important characteristic of DSD is speed-to-shelf. By delivering product directly from manufacturing plant to store, product appears on shelves faster. For perishable and/or high-volume goods (which are the most common use cases for DSD), this added speed can yield huge returns.

From the moment a perishable good is produced, its lifespan (the amount of time it has to find a home in shopper’s carts) begins to tick away. The longer it sits in transit or storage, and not on the shelves where it belongs, the more likely it is to go to waste.

Another way of thinking about it: shorter expiration dates increase the likelihood that a product goes unpurchased; when a manufacturer spends money on the creation and distribution of a product that never sells, they’re throwing money to the wind.

Even if DSD only preserves one day of a product’s lifespan, that’s one extra day of potential revenue (both for the manufacturer and the retailer) that would have otherwise been spent collecting dust in a warehouse.

For fast-moving consumer goods (FMCG) that don’t have short expiration dates (think non-dairy beverages), DSD can still provide considerable value; time-on-shelf isn’t as important as it is for fresh goods, but on-shelf availability (OSA) is crucial, and DSD can help maximize it.

When product isn’t on the shelf, shoppers direct their money elsewhere (either by choosing a competing product or a competing store). And due to the high “product velocity” of FMCGs, the likelihood of out-of-stocks occurring is much higher than their slower-moving counterparts.

To avoid this, many manufacturers (such as Keurig Dr Pepper) turn to DSD for its time-saving advantages. Cutting out the middleman accelerates replenishment and makes it less likely that a product is unavailable to shoppers (or, at the very least, shortens the window of unavailability, which translates to more sales opportunities).

At the end of the day, out-of-stocks are measured at shelf-level not storage-level, something which DSD suppliers acutely understand.

The last benefit of DSD that we’ll discuss is the added control it gives manufacturers; it is also the point where the incentives of retailers and suppliers begin to diverge.

Without DSD, a distributor or retailer’s embedded teams and employees are responsible for coordinating and merchandising product in the store. In other words, the success of a supplier’s product rests on the shoulders of others.

Even when retailers are responsible for the inventory carrying costs, suppliers still have an incentive for it to be merchandised properly and sell well; if it doesn’t sell well, either by the retailer’s own fault or not, the supplier risks tarnishing their relationship and leverage with retailers for future orders.

Naturally, many manufacturers are uncomfortable with this scenario, which is why many employ their own field teams or third-party merchandisers to stock their product in stores. Employing third-party merchandisers adds one extra layer between the supplier and retailer, introducing latency to store-level visibility. That one extra layer can be the difference between a product being available or unavailable when shoppers are strolling the store.

When justified by unit sales and other considerations, manufacturers should strongly consider a direct store delivery model to gain more control over their product’s journey in the store. With DSD, a manufacturer’s teams can be the ones responsible for stocking shelves in a timely and compliant manner.

DSD teams using a robust store execution software are able to give suppliers maximum visibility and control over their product’s fate, which they can in turn utilize to drive sales outcomes.

The Cons of Direct Store Delivery 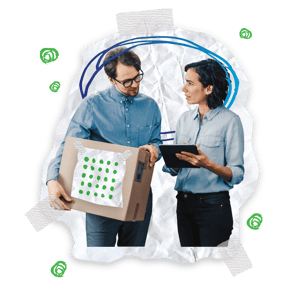 What manufacturer wouldn’t want greater visibility and control over their product’s journey?

Well, it turns out that setting up a direct store delivery model is not so simple (nor cheap). In order for a manufacturer to adopt DSD, they must hire drivers (either internally or externally) to transport product from the manufacturing plant to every retailer they partner with, ideally multiple times per week to meet the replenishment needs of the fast-moving consumer goods that DSD best suits.

Given the ongoing struggle to find and retain labor (especially in the transportation and retail sectors), rising labor and operational costs (inflation doesn’t appear to be reversing anytime soon), and limited driver capacities (more pertinent for third-party drivers who serve multiple manufacturers simultaneously), it’s no surprise that companies like Nestlé and Kellogg have rolled back their DSD programs.

This isn’t to say that DSD can’t be successful—if manufacturers are willing to bear the added responsibility and costs of maintaining their own logistics and field team, they can reap the benefits we outlined further up the page.

On one hand, they should be mutually invested in each other’s successes (brands depend on stores and stores depend on brands).

In other words, the incentives of manufacturers and retailers are slowly drifting apart from one another, and direct store delivery risks pushing those incentives even further apart.

Manufacturers ultimately care about selling the most product possible. Whether that happens in Store A or Store B doesn’t concern them. For example, DSD suppliers could potentially prioritize inventory for the highest performing stores up-front, making it harder for lower-performing stores to get the necessary amount of product for high on-shelf availability. Some retailers, well aware of this misaligned incentive, have implemented penalties for suppliers who use DSD models.

Then again, store brands are gradually shedding the stigma of “low-quality alternatives to name brands”, resulting in unprecedented private label sales that are incentivizing retailers to direct more attention toward their own brands (Kroger being the latest example).

It remains to be seen how this tug of war will play out, but one thing is certain: DSD complicates an already awkward relationship between retailers and suppliers, and both parties should tug lightly.

Want to learn more about the rise of private labels? Check out this blog post here. 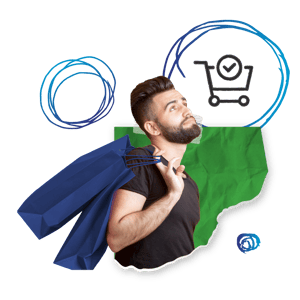 The reasons why manufacturers may want to adopt direct store delivery:

The reasons why manufacturers may not want to adopt direct store delivery:

The reasons why retailers may benefit from direct store delivery:

The reasons why retailers may not like direct store delivery:

So… Is DSD right for you?

A quick glance at the above bullets reveals that manufacturers have more incentive to adopt DSD than retailers, but the operational and labor savings that retailers can reap from allowing DSD programs should not be scoffed at.

Deciding between DSD and traditional distribution centers ultimately boils down to one question: who wants to bear responsibility for managing a labor force and replenishing product in stores—retailers or suppliers?

Whoever decides to take on the challenge, one thing is certain: they will need a store execution software like Movista to accurately maintain inventory levels, coordinate labor, and optimize operations.

See what's possible with Movista by scheduling a free customized demo below!